The Canadian Hockey League is set to do something the Vancouver Canucks refused to do in 17 seasons – split up the Sedin brothers.

The eyes and ears of the junior hockey world were fixated on the Langley Events Centre on Monday (Dec. 12) as the 40 players invited to compete at the 2023 CHL/NHL Top Prospects Game were revealed.

Henrik will be paired with Dyck as coaches for one team, while Daniel and Smyl will be behind the bench for the the other squad.

The 40 players invited are the top 2023 NHL Draft eligible players from the Western Hockey League, Ontario Hockey League and the Quebec Major Junior Hockey League. The players were identified and selected via a survey conducted with the NHL’s 32 teams. The full list of players can be found at chl.ca/article/40-players-selected-2023-kubota-chlnhl-top-prospects-game.

The biggest draw for the game is North Vancouver product and Regina Pats superstar Connor Bedard. The 17-year-old phenom sold out the LEC when the Pats came to Langley last month and is scoring at a torrid pace in the WHL, with 28 points in 15 games. He will also suit up for Team Canada at the upcoming World Junior Hockey Championships, which begin later this month in Halifax and Moncton.

WE'VE GOT A PAIR OF GUYS IN THE KUBOTA TOP PROSPECTS GAME!

The team rosters and leadership groups for each team will be announced closer to the game.

Henrik said his main goal behind the bench is to let the players show their stuff.

“It’s not about us,” he said, of when asked about a potential rivalry behind the bench with his twin brother. “It’s about their career so the focus will be on them and I hope the players have some rivalry between them.”

“It’s going to be fun – there is so much skill and watching how these guys interact with each other and use totally new teammates will be fun,” he said.

Daniel said he and Henrik are assisting in Abbotsford and the brothers are enjoying being involved with the team at the American Hockey League level.

“We try to watch every game and then go workout with some of the young guys before practice,” he said. “They ask us a lot of questions, especially about what to do on the power play. It’s been fun because they’re so welcoming and it’s a great group in Abbotsford.”

“We’re there to help offer support for the players,” he said. “They all have the same goal, which is to take the next step. If we can give feedback on things that we see then we’re super happy doing that. And if we give them something that helps then that is all we ask for.”

Both Sedins have noticed Abbotsford Canucks prospect and fellow countryman Linus Karlsson and his strong start in the AHL. Karlsson has collected 16 points in 22 games so far this season as a rookie.

“He’s been doing awesome,” Daniel said. “I think for him it’s obviously a big learning curve coming over from Sweden. I didn’t think he would be as far ahead as he is right now. He’s going to be up and down, but he really wants to learn which is good.”

Henrik said he has been impressed with what he’s seen from Karlsson.

“We know he’s a good player but it’s a lot of games up here,” he said. “It’s not easy coming from Sweden because you often get more rest between games compared to here. There is also a lot more travel and back-to-back games so it will be an adjustment for him but he has played well.”

The Giants hit the road and play the Royals in Victoria on Wednesday (Dec. 14) and then return home to host Portland on Friday (Dec. 16).

Select tickets remain for the Sedins CHL coaching debut at the LEC on Jan. 25, 2023. For more information, visit showpass.com/2023-kubota-chl-nhl-top-prospects.

RELATED: VIDEO: A teddy bear toss and a win at home for Vancouver Giants fans 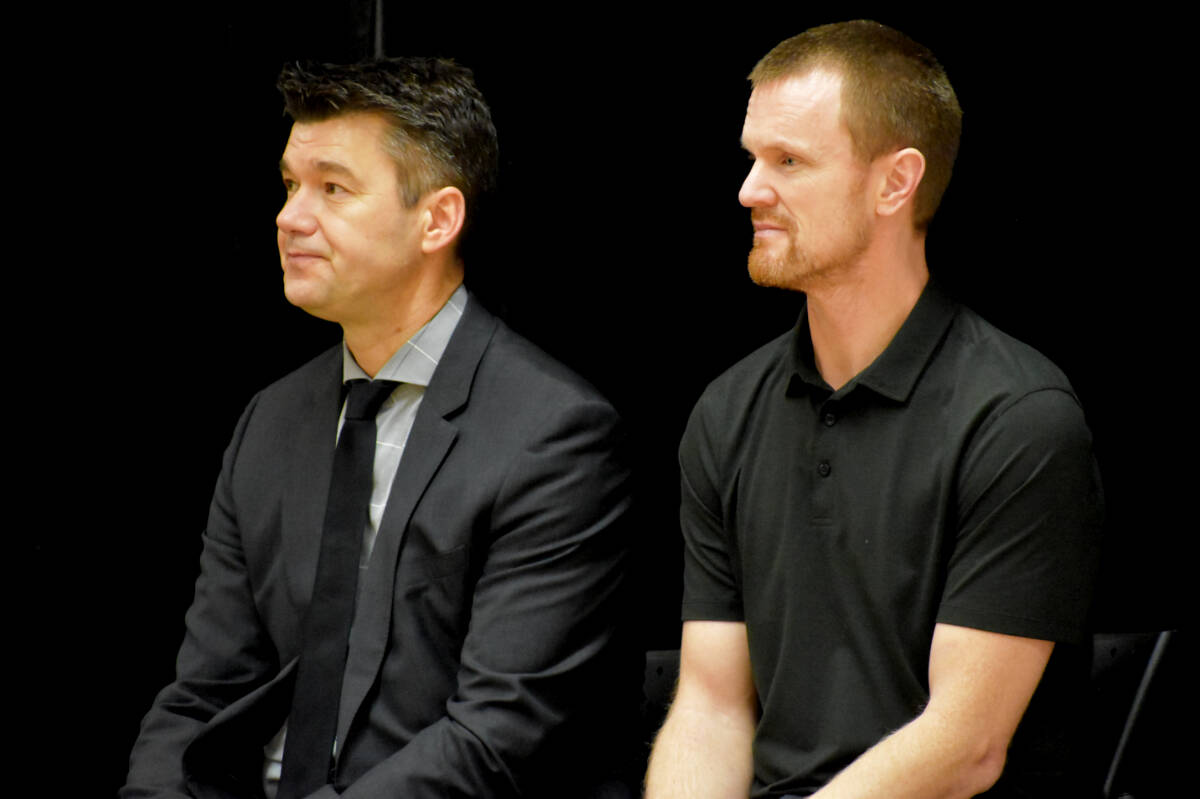 THE MOJ: If it wasn’t for bad luck, we wouldn’t have any Canuck luck at all